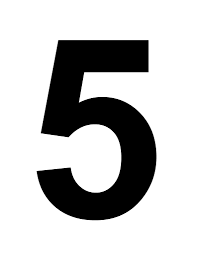 A packed room gathered at the conference to hear senior Boston Scientific, Smith & Nephew officials and others talk about how they look at potential companies to snap up.
“It begins with a relationship that is not unlike dating,” said Scott Schaffner, senior vice president of global marketing in sports medicine at Smith & Nephew.

Is there a perfect IDN commercial model solution to strive for? ZS’s Bret Caldwell discusses why medtech companies need to adopt a more agile approach.

Boston Scientific’s business development team has been busy. In 2018, the device manufacturer has struck at least seven acquisition agreements worth more than $1 billion upfront to strengthen its presence in the cardiovascular sector and other fields. Boston Scientific owned a stake in several of the acquired companies before deciding to buy them outright.
“We look at three things — strategic fit, financial fit, execution risk. Those are the three things that have to click.  First and most important is strategic fit — that is where it all begins,” Charlie Attlan, Boston Scientific senior vice president for corporate strategy and business development, told the panel.
During the courtship process, be careful not to give away too much information — in case the deal falls through and in the event that something leaks, advised Martha Shadan, chairwoman at IlluminOss  Medical. Shadan was CEO of Rotation Medical when it was acquired by Smith & Nephew last year.
“Whatever you tell them, is not a secret,” so don’t “give away the secret sauce,” Shadan said.
And know your audience. When pitching to doctors, “go granular,” but business development folks have a short attention span, she said to audience laughter.

The incursion of digital health into the medical device space was a theme woven through many panels, with much interest in the FDA’s software precertification program under development.
The effort involving heavyweights such as Apple, Fitbit and Johnson & Johnson is on track to launch another version of its working model before the end of the year and is set to launch a pilot program in 2019, Bakul Patel, associate center director for digital health at FDA, said.
Patel said the agency is also still working through what types of Software as a Medical Device will be able to go through FDA with or without review. Throughout 2019, FDA will continue to work on mechanisms to measure real-world performance data from the pilot participants to benchmark the benefits and risks of SaMD products and work to “quickly correct adverse events related to products cleared through the model.”
Although the idea is to precertify companies, Patel said the bigger vision is for continuous oversight. The goal is for few intrusions into business processes while allowing FDA to know “what’s going on.”

AdvaMed CEO Scott Whitaker took several questions about the controversial Netflix film The Bleeding Edge. The film takes a harsh view of the medical device industry and the FDA, which it describes as a captive agency.
The device industry chief argued that public perception of the medical device industry is still broadly positive, casting the film as a one-sided sensational attempt to get viewers.
“Unfortunately, The Bleeding Edge to me became more of an entertainment documentary than a fact-based documentary,” Whitaker said to reporters. “What the film didn’t do was talk about all the patients’ lives that have changed for the better.”
When asked if anyone involved with the film was invited to the conference, Whitaker said they had not considered it, pointing instead to invitations to the patient community.
“I would say we have a significant patient pavilion on the exhibit floor,” Whitaker said. “A lot of our companies … and the patient community will be there talking about their products.”
He also said he saw no reasons for changes to the regulatory process in light of recent events or the film until specific ideas are put forward to improve it. As a general rule of thumb, Whitaker argued the medical technology industry has contributed inventions that “have proven overwhelming positive for our society … that suggests to me that the process is working pretty well right now.”
“I didn’t see that film as a way to try to solve any of the issues that they believe exist. It only came across as an attempt to salvage an industry,” Whitaker said. “If there are ways to improve the FDA process, I’m happy to have that conversation. If we can make it better we should. We want every product to be safe.”
In front of hundreds of medtech executives, Whitaker charged the audience to share stories of the industry’s successes in light of the movie.
“When critics unfairly criticize or attack this industry and the good work you are doing, we’re ready to engage, quickly, factually and enthusiastically in the court of public opinion,” Whitaker said in his state of the industry address.

The new EU medical device and diagnostic rules are a moving target, with many key implementation documents spelling out exactly how they will work late in coming.  Companies expressed frustration at the holdup, with many of the so-called EU implementing acts still not finalized.
“We might have a surprise … The system is not totally settled,” Michel Marboeuf, senior director for corporate and regulatory affairs at Stryker, said.
At the same time, experts said companies should not overreact. Several noted that the rules did not contain drastic changes, just codification of existing rules.
“We are not reinventing the wheel … [instead] putting in clearly written requirements no longer subject to interpretation,” said Ibim Tariah, tech director at BSI Healthcare, a notified body.
One piece to keep a lookout for is FDA’s work with the International Medical Device Regulators Forum.
“I think there has been a very strong component this year of greater interest on international harmonization. I anticipate that this is going to continue to be an ever-growing area of both interest and activity,” said Jeff Shuren, director of FDA’s Center for Devices and Radiological Health.

It’s hard to keep track of all collaborations with the industry going on at the FDA. Pre-Cert, the private payer pilot, improving third-party reviewers for certain 510(k) applications and improving pre-submission communication were among topics getting big airtime at the conference. While the 21st Century Cures Act does compel FDA work closely with industry, it was striking to hear the often friendly tone between regulators and executives.
FDA officials took pains to describe their efforts to listen to feedback in front of an industry audience.
“We’ve also had a big focus on customer service. We train all of our staff on customer service. You can rate us through customer satisfaction surveys built into the signature blocks, in our emails, you can see it on the website,” Shuren said. “We take all that feedback very seriously.”
In the context of private payer program pilot, Shuren said that industry has even been surprised how fast the agency is moving, adding he has heard positive feedback about where the program is headed.
“I think this year there were a lot of discussions about truly more innovative programs that we have been piloting,” he said. “I think if you hear any message, it is ‘hey FDA, you seem to be moving fast in some very novel directions’ and more of the industry side is saying ‘well maybe, are we comfortable or not, you’re really being more innovative.'”
FDA officials also emphasized that they want to hear from industry when developing guidance.