The rationale behind the Wright Medical – Cartiva acquisition 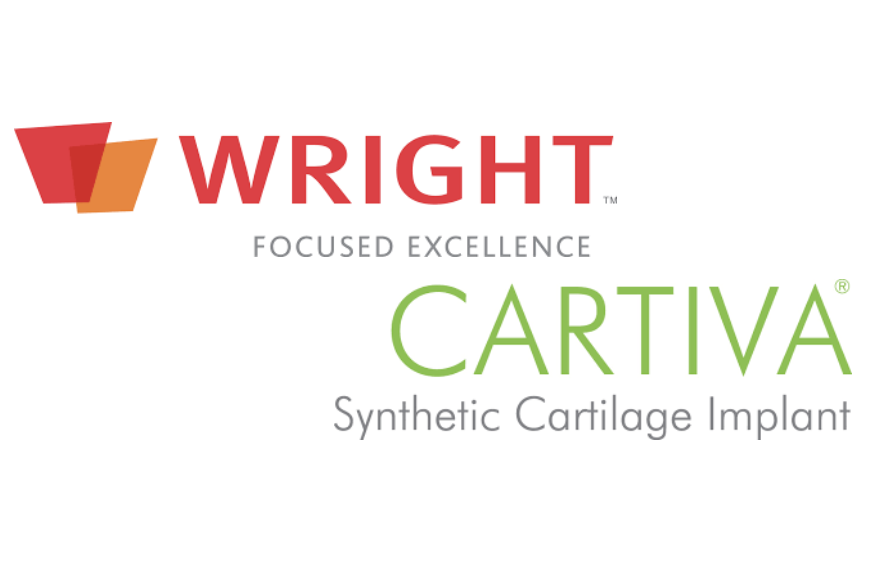 Wright Medical Does A Deal Both Opportunistic And Defensive (SeekingAlpha)

For a company that many investors are certain that the CEO is going to sell at some point in the not-so-distant future, Wright Medical (WMGI) continues to show that it is very focused on building its business. To that end, the company announced Monday morning that it would be acquiring privately-held ortho implant company Cartiva for $435 million in cash. Although Wright is paying a high price for Cartiva, the valuation isn’t unreasonable relative to the growth and Wright is adding an uncommonly profitable product with meaningful growth potential.

Given the price Wright Medical is paying, executing on this transaction is essential. While the acquisitiveness of Wright could, perhaps, prompt some investors to question the real underlying health of the company’s portfolio, I think Cartiva was a rare opportunity for Wright Medical to meaningfully augment its growth potential.

Wright Medical announced Monday morning it was acquiring privately-held Cartiva for $435 million in cash. Cartiva is a highly-focused orthopedics company, selling its FDA-approved Synthetic Cartilage Implant (or SCI) for surgical correction of osteoarthritis in the big toe (hallux rigidus). The implant, which is sometimes referred to in media reports as “Cartiva” is made of an organic polymer designed to mimic natural cartilage and frankly looks a bit like a small jelly bean or Rollo candy. The SCI was approved through the PMA process and there are no competing products on the market (and any potential competition would have to go through a lengthy clinical trial process).

The Cartiva SCI is offered as an alternative to fusion surgery where the damaged joint is removed and the metatarsal is attached to the phalanx with a screw and plate. Fusion is a time-tested procedure that reliably relieves pain, but at the cost of meaningfully limited motion in that joint after the surgery. With the SCI, patients get close to the same amount of pain relief (on two-year follow-up, 89% of SCI patients met the endpoint for pain reduction versus 98% in the fusion group), but with a substantially greater post-op range of motion and functionality and a quicker post-procedure recovery.

Cartiva’s SCI has been on the market since 2016 and should generate around $35 million in revenue this year out of an addressable market that Wright estimates at $400 million in the United States. As part of Wright, Cartiva will benefit from a much larger sales force (2x the size of Cartiva’s) and there will be worthwhile cross-selling opportunities between the two businesses, with Wright bringing Cartiva to pre-existing Wright customers and Cartiva’s SCI offering a point of entry for Wright products with those surgeons who don’t currently use Wright. Cartiva is also stronger with ambulatory surgical centers, and this should be an opportunity to further improve Wright’s presence in that market.

Adding Cartiva should expand sales in the lower extremity business by about 15%, but at much higher margins. Cartiva is already uncommonly profitable given its small revenue base, with gross margin of over 90%. For next year, Wright is estimating $47 million in revenue and an incremental $20 million in adjusted EBITDA – an exceptional level of profitability for orthopedics, let alone a tiny company. As an aside, Wright Medical is paying almost exactly what my growth-driven EV/revenue model says would be an appropriate price for a company with Cartiva’s growth and revenue.

Can Wright Take Cartiva To A New Level?

Cartiva’s SCI is still new enough that surgeon familiarity and comfort is still a relevant challenge and opportunity. There is now clinical trial follow-up going out close to six years, though, and the data from the trial have continued to look very good with respect to pain reduction, range of motion and mobility, and patient satisfaction. Of course, patient satisfaction is a tricky metric and it doesn’t take much digging around online to find people complaining about their Cartiva procedure. I don’t believe those complaints do or should outweigh the clinical data on patient satisfaction, as it’s always much easier to find people complaining about any procedure than praising it, but it may speak to a lack of surgeon experience with the product and not properly setting patient expectations.

Driving additional penetration will take time, particularly as the established procedure (fusion) is well-known, well-understood, and produces reliable acceptable results. Of course, “acceptable” is a moving target and patients undergoing orthopedic procedures (whether total joint, ankle, shoulder or what have you) are increasingly demanding a better quality of life post-procedure. It’s also worth noting that while replacing fusion procedures will cannibalize some revenue from Wright (screws and plates), the Cartiva SCI revenue will be at much higher margin. I’d also note that fusions are not the only addressable replacement market, as patients with hallux rigidus can also undergo cheilectomy (bone spur removal) and this is a procedure type that generates no appreciable revenue for Wright Medical.

This is a meaningful opportunity for Wright Medical, but it will demand a high level of execution. Surgeons will need to be approached, convinced, and trained, and there will be plenty of established companies marketing against the procedure. I also think it’s relevant that Wright Medical will be selling stock to raise cash for the transaction, instead of Cartiva accepting equity, but I believe that is based at least in part to the venture ownership of Cartiva (who would want cash, not equity).

This is another example of Wright Medical doing a deal that is both growth-building and defensive. When Wright Medical acquired IMASCAP last year, the deal was motivated at least in part by the company’s non-exclusive license to this important treatment planning software and preventing other orthos (like perhaps Stryker (SYK), Johnson & Johnson (JNJ), and/or Biomet Zimmer (ZBH)) from getting it. Management indicated that here too they believe they were bidding against other orthos who wanted this company/product, and I believe that certainly played a role in the terms of the deal.

I can imagine some investors pointing to these deals as proof that Wright Medical’s existing portfolio is not adequate to drive the business. I disagree and believe it has more to do with the highly competitive nature of the orthopedics industry and Wright Medical’s desire to put itself on the higher growth end of the curve. A company of Wright’s size (and Tornier before it) wouldn’t really have had the R&D scale necessary to develop compelling treatment planning software on its own, and the development process of Cartiva’s SCI product was long and laborious. I’d also note that adding growth products through acquisition is hardly uncommon in ortho or med-tech in general.

Between BioMimetic (Augment), Tornier (shoulders, particularly stemless), IMASCAP, and now Cartiva, Wright Medical has indeed paid a lot for M&A, but it has also pushed itself towards $1 billion in revenue with what should be a double-digit growth rate. Moreover, competition in more commoditized areas like plates and screws has become even more brutal, putting an even greater premium on differentiated growth products. All of that said, I believe Wright Medical could do itself some favors by improving its R&D efficiency and its messaging around R&D efficiency.

With the opportunity to grow Cartiva SCI even further post-deal (as well as some product follow-on/expansion opportunities in areas like the thumb), I believe this deal can add about 1% to Wright’s long-term growth and at higher margins. That comes at a cost of higher dilution, but I do believe this deal can add value for Wright over time. The biggest near-term impact could be in Wright regaining a higher revenue multiple, as Cartiva should improve Wright Medical’s growth rate. If the market sees fit to pay closer to 5x forward sales (which seems fair relative to the growth rate), even with the dilution the share price would be closer to $31.

While I was skeptical of this deal when I first saw it announced, I believe there is sound logic behind it, and I believe adding another differentiated product in the foot/ankle market with significant barriers to entry is a good move on balance. This deal, and the upcoming share sale to fund it, will muddle what had been a story of improving results and clearer value drivers, but I think that’s short-term pain that will prove to be worthwhile over the long-term and as a Wright Medical shareholder, I see no reason to sell on this news.

I wrote this article myself, and it expresses my own opinions. I am not receiving compensation for it (other than from Seeking Alpha). I have no business relationship with any company whose stock is mentioned in this article.