Q&A update on a disruptive startup in hip fracture prevention. 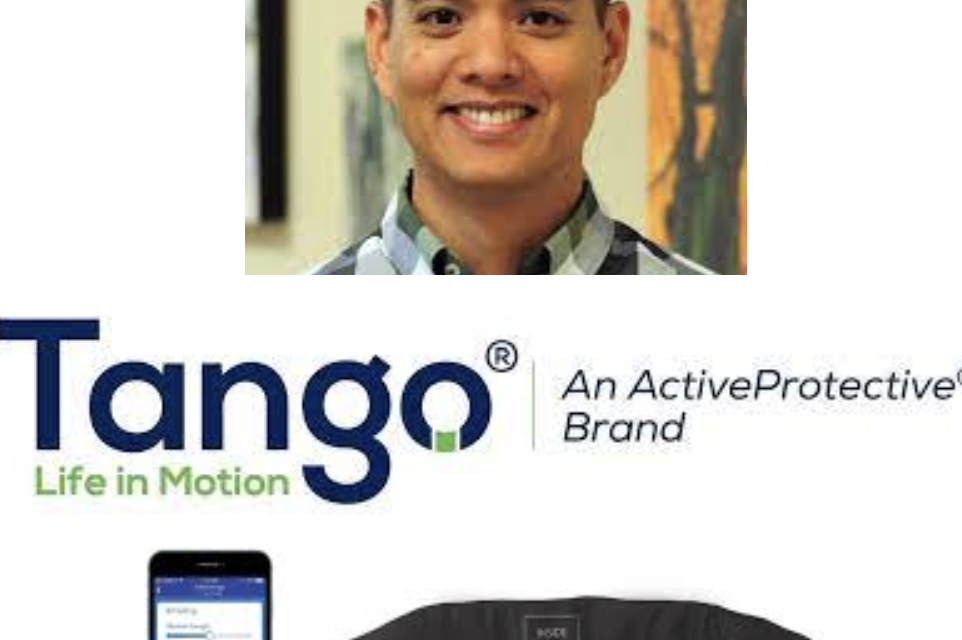 CEO LEADERSHIP SERIES: HOW FLEXIBILITY AND TRANSPARENCY GOT THIS STARTUP THROUGH TOUGH TIMES (Ashton Tweed)

Falling and breaking a hip is a perpetual fear for older people and their families. A hip fracture can result in the loss of mobility and independence and lead to complications that can be fatal. Wamis Singhatat wants to prevent hip fractures from happening in the first place.

Mr. Singhatat is the CEO of ActiveProtective Technologies Inc., a start-up company based in Fort Washington, Pa., that is developing a wearable device to protect the hips of older adults in the event of a fall. Called Tango Belt, the device combines a wearable inflatable airbag with smart technology that monitors behavior and alerts caregivers to reduce traumatic injuries.

In 2019, Tango Belt received the kind of attention founders dream about when the product won the Extreme Tech Challenge, a global competition for startups sponsored by billionaire entrepreneur Richard Branson. But then the COVID-19 pandemic derailed ActiveProtective’s plans to pilot the device in skilled nursing facilities.

Mr. Singhatat was appointed interim CEO in October 2020 and CEO a year later. In an interview with Ashton Tweed, he explains how he addressed ActiveProtective’s desperate need for cash and his team’s need to know how the company was really doing:

Ashton Tweed: First of all, what is ActiveProtective’s mission?

Wamis Singhatat: We want to become the standard of care for high fall-risk older adults. Falls in the older adult population are the No. 1 cause of fatal injuries in the U.S. If you’re over 65 and fall and break your hip, it can cause a devastating downward spiral where there is a 30% mortality rate a year after the hip fracture.

The standard of care that has been widely adopted—developed by the American Geriatric Society in collaboration with the British Geriatric Society and the Centers for Disease Control and Prevention—is really good at identifying those who are at risk of falling, but it has shown no impact on the rate of fall injuries.

So, something has to change. We know who’s going to fall; we need to protect those fallers. The difference in ActiveProtective’s approach is to intervene in the eventuality of a fall with the means to protect the individual.

AT: You joined ActiveProtective in 2015. What initially drew you to the company?

WS: I’ve been in medical device product development for 22 years now, primarily in orthopedics. My last role was at Johnson & Johnson in their orthopedics group, where I had portfolio responsibilities for knee and periprosthetic fractures.

So I reached out to the CEO and co-founder, Drew Lakatos, to learn more about the concept. Two things struck me. The first was how absolute early-stage the company was—it was essentially just the concept, a napkin sketch at the time. The second was how relevant the unmet need they were addressing was and how impactful that unmet need can be.

AT: What did your colleagues think about your decision?

WS: People looked at me like I had three heads. (He laughs.) No, seriously. J&J is a great company, and I say that in complete sincerity. When people get into J&J—and it has approximately 200 operating companies—they pretty much never leave. So, to leave and join an early-stage startup was, at the time, just insane. (He laughs.) And I can say that knowing I was the insane one. But it was worth it. I thought it was a huge opportunity and a problem I could help solve.

AT: What positions did you hold at ActiveProtective before becoming CEO?

WS: I started as the Vice President of Product Development to take the device from the concept stage to a workable prototype that we could use to generate the evidence we needed to raise the next round of funding. In July 2017, we shipped our first prototype to skilled nursing and assisted living facilities. Then I became Chief Technology Officer, and I focused on vetting and refining the technology.

The pandemic pulled the rug out from under us overnight, and we really had to do a lot of soul-searching to figure out where we were going to go as a company and where we were going to go as an executive management team that was trying to raise the next round. We were trying to raise a round of growth capital, and now we couldn’t grow the company anymore.

The board decided to reconfigure the executive team. I became interim CEO in October 2020 to target a whole new set of investors and try to live to fight another day, so to speak.

AT: What has been your biggest challenge as CEO?

WS: I had two major challenges. The first one was to raise the next round of funding to keep the company going. The second one was to rally the troops, so to speak, who had seen our inability to raise money amidst the pandemic and to convince the team to hang in there because there was still a good possibility that we could make it out.

AT: How dire was the financial situation?

WS: We had just a few months of runway—I could count them on one hand. It was truly do or die in late 2020. We had to raise the next round of funding or close up shop. Fortunately, after a few months of calling every single soul I knew, I was able to get a couple of term sheets on the table, and with a pretty rigorous due diligence process that lasted for a lot of 2021, I was able to close the structure deal with one of those term sheets.

AT: At the same time, you also had to keep everyone’s spirits up at the company. How did you do that?

WS: We have a culture of transparency at ActiveProtective. I’ve always operated by the Golden Rule—do unto others how you want done to you. And I remember being in the corporate environment at J&J and various other companies in all-hands-on-deck meetings where you just knew the executive team wasn’t telling you the whole story. It would be sugar-coated or just a partial truth. That got me frustrated, and I swore I wouldn’t be that type of executive.

The way I see it, everyone who joined this little tiny, fragile startup has a right to know the status of the company. So, we were very candid about both our runway and our effort to try to raise the next round— what investors we were talking to, what feedback we were getting, where we got some traction, where we got a hard no. We were very, very transparent with our employees, and everyone really appreciated that I think.

At the end of the day, everyone is in this company because of the mission. It sounds really cliché, but it’s true. We are all in a little boat rowing towards the goal of getting a product out to market to address the devastating condition of fall-related hip fractures. The reality is if you’re not actually trying to solve a very meaningful problem, then it can get hard trudging through the mud.

AT: ActiveProtective is taking Tango Belt in a new direction. How are you positioning the product moving forward?

WS: The product we brought to market commercially in late 2019 was a consumer product, a personal safety product similar to a Life Alert-type product. I can’t share the details, but I can say that we closed a deal with a large strategic healthcare partner, and we are now going down the medical device pathway.

As a medical device, our product now falls under a certain class of products that require a clinical trial. So, we’re conducting a clinical trial to generate safety and efficacy data to submit to the Food and Drug Administration to get market authorization. Then it’s off to the races with commercialization as a prescription-only medical device.

AT: Do you have any advice about how to stay resilient and flexible in situations that are beyond your control, like the pandemic?

WS: Try not to take anything for granted. We try not to let dogma set in, which is easy to do in the corporate environment. If you just accept foundational assumptions as truth, you’re essentially operating with blinders on. So, we’re always trying to use data and make data-driven decisions because, at the end of the day, data is still king. We believe continually checking our assumptions and making data-driven decisions will lead us in the right direction.

Mr. Singhatat is married to his high school sweetheart, and the couple has a son, 18, and a daughter, 16. The family lives in Malvern, Pa. His hobbies include golf, snowboarding, and playing in a band.