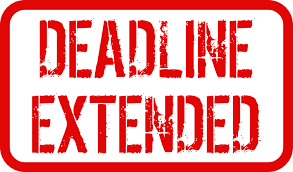 Is the stock market just too strong now?

Have post-Covid earnings devalued the deal?

Is Stryker having trouble satisfying HSR?

Has Stryker fallen in love with a different multi-$B deal?

Are Wright shareholders reluctant to sell at $30.75 per share?

Stryker (NYSE:SYK) announced today that it extended the offering period of its cash tender offer for all shares of Wright Medical (NSDQ:WMGI).

Kalamazoo, Mich.-based Stryker’s indirect, wholly-owned subsidiary, Stryker B.V., officially extended the offering period until an expiration date of 5 p.m. ET on Aug. 31, 2020 back in June. Today’s extension sets the expiration of the offer at 5 p.m. ET on Sep 30, 2020, unless it is further extended or earlier terminated, according to a news release.

Shareholders who already tendered their Wright Medical ordinary shares do not have to re-tender their shares or take any other action as a result of the extension.

Stryker announced its $4.7 billion acquisition of Wright Medical in November 2019. Since then, the FTC increased its scrutiny of the proposed merger in January and a Wright Medical shareholder filed a proposed class-action lawsuit to block the acquisition later that month, in addition to the probing in the U.K.

In May, Stryker announced that it entered into an underwriting agreement in connection with a $2.3 billion offering set to finance the acquisition. Last month, the United Kingdom Competition & Markets Authority (CMA) issued a statement of concern over the impact of the acquisition, claiming there would be a “negative impact on vulnerable patients in the U.K. who need ankle replacements.”