This month, Seth Greenwald sold his Current Concepts in Joint Replacement courses to the Hip and Knee Society’s. Read the announcement here.

I met Seth in 1985, I picked him up from the Memphis airport and drove him to Richards Medical (Smith and Nephew today). Seth had flown in from the UK to help us engineers with a new total knee design as Genesis Knee was in early development. Seth was knowledgeable professor, a great listener, and a student of orthopedics.

Over the decades through his testing lab in Cleveland and his Current Concepts bi-annual courses in Vegas and Orlando, Seth became an EDUCATION GIANT in the Orthopedics industry.

Orthopedics is better off because of your work. Congratulations Seth!

Below are a stories about Seth’s contributions to our industry. Enjoy. 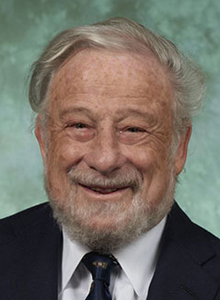 Seth Greenwald, D.Phil. (Oxon), director of Orthopaedic Research Laboratories and president of Current Concepts Institute in Cleveland, Ohio, will receive the International Society of Technology in Arthroplasty 2017 Lifetime Achievement Award this September at the annual meeting in Seoul, Korea.

David Stulberg, M.D, managing director of the International Society for Technology in Arthroplasty (ISTA) and professor of clinical orthopaedic surgery at the Northwestern University Feinberg School of Medicine told Greenwald in a letter, “As a scientist and educator you have made extraordinary contributions to the advancement of arthroplasty technology and the education of generations of orthopaedic surgeons interested in obtaining a complete and up to date understanding of arthroplasty surgery. As a result, you have had a profound impact on the quality of arthroplasty worldwide.”

Greenwald has almost fifty years of experience as a productive researcher in areas of joint biomechanics and artificial implants and is the originator of the Current Concepts in Joint Replacement meetings. He is an active member of many professional associations, including the American Academy of Orthopaedic Surgeons, the American Orthopaedic Association, the Orthopaedic Research Society, the Girdlestone Society and both the Hip and Knee Societies.

Greenwald is a National Science Foundation Science Faculty Fellow, and frequent contributor to the peer-reviewed literature in areas of biomechanics, device evaluation and cartilage degeneration. Over his career, he has also mentored many graduate students, orthopaedic residents and fellows

TO SETH, WITH LOVE. 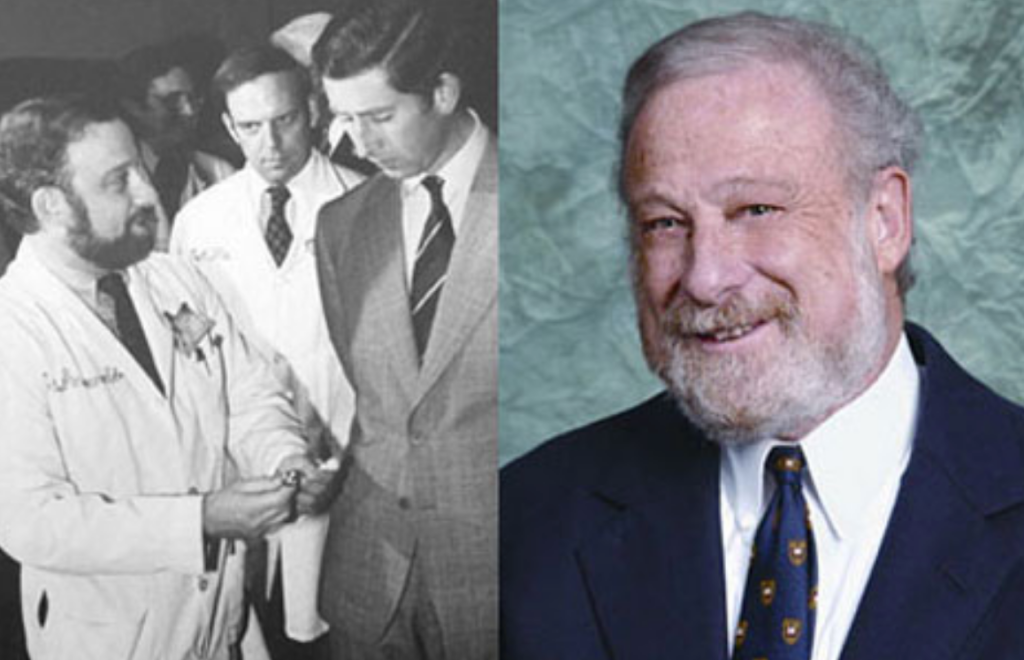 TO SETH, WITH LOVE (Orthopedics This Week)

American educator A. Seth Greenwald lives and works in Cleveland, Ohio, in an educational hive of activity known as the Current Concepts Institute that he has spent a lifetime designing. Dr. Greenwald (D. Phil., Oxon), and a staff of seven run the largest independent education enterprise dedicated solely joint arthroplasty in the world.

During the last week of May in Las Vegas, OTW spent quite a bit of time backstage with Dr. Greenwald as he presented his 11th annual Current Concepts in Joint Replacement (CCJR) meeting—sponsored jointly by Case Western Reserve School of Medicine. Dr. Greenwald’s CCJR meeting in Orlando passed the quarter century mark in 2008. Neither his Orlando meeting nor his Vegas meeting show any sign of, shall we say, middle age. CCJR-Vegas attendance topped 900 surgeons and like his Orlando meeting, it was standing room only during several of the presentations. Both meetings train about 2, 000 surgeons from 45 countries every year.

Seth Greenwald is without doubt one of the most influential educators in orthopedics. We estimate that between 10, 000 and 15, 000 orthopedic surgeons, nurses, techs, company executives, engineers, and, yes, sales people from all over the world have been taught by Dr. Greenwald’s panoply of educational experiences, presentations and multi-media materials.

At breakfast on the first day of this year’s meeting, we looked around our table and the surgeon to the right was from Tokyo, the surgeon next to him was from Chile, the next two surgeons were from the U.S. and the surgeon on our left was from India. Each person paid $850, round trip airfare, hotel and other expenses to attend. Both surgeons from Tokyo and Chile were attending their fifth CCJR. Why?

“This is the most up-to-date meeting in the world for surgeons. Everyone on the podium is an expert. This is different from AAOS where the speaker’s level of expertise is more uneven. Seth’s meeting is free of commercial bias. At other meetings, market forces cause devices to be introduced to surgeons without critical judgment. At this meeting, experts’ debate and we can make up our minds.”

That comment came from the surgeon from Chile who’d spoken with us as we were walking into the meeting. He wanted to be sure we understood how unique and valuable this meeting was for him.

He continued. “There is a momentum, a rhythm and pace to this meeting. It’s quick, organized and lean but you still learn.”

By 7:25am we are settled into our seats in a large auditorium in the new and frankly awe-inspiring Aria hotel and, standing rock still at the podium, is otherwise congenial Seth Greenwald waiting for his floor director to cue the 7:30am sharp start.

According to Dorothy Granchi, M.B., CCJR Course Coordinator, Dr. Greenwald was never been late in 26 years of opening a CCJR meeting.

Sitting in a CCJR meeting is like attending an expert fellowship and learning from a curriculum designed by an educator. Not a surgeon. Not a committee. Not a manufacturer. Truly, CCJR is the singular vision from this Oxford University and M.I.T educated, bushy-haired, crinkly-eyed Dean. He is about to call his 900-member class to order.

Dr. Greenwald’s D.Phil. is from Oxford University, the home of the original debating society. CCJR is home to the only orthopedic debating society and it is clearly one of the highlights of his meetings. Each surgeon forcefully presents his arguments and attacks the other side. Nine hundred attending surgeons are invited to send up questions and at one point in the first debate of the day, Dr. Brems actually called for an audience vote. It wasn’t even close. Arthroscopic rotator cuff repair went down to a crushing defeat at the impromptu poll.

What Do the Outcomes Tell Us?

Prince Charles visited the Cleveland Clinic’s Biomechanics
Laboratory. After seeing the wrist replacement implant
demonstrated by A. Seth Greenwald, DPhil (Oxon).
The Prince wondered aloud if one of the devices could
be saved for him for when his many years of
handshaking were over,
1976/Photo courtesy of Dr. Greenwald

Debates are step one in Dr. Greenwald’s master plan. Step two is the review of the literature or as Seth puts it, “What do the outcomes tell us?” A panel comprised of the expert shoulder surgeons (we’re talking Drs. Crosby, Gobezie, Galatz, Brems and Bigliani) review current literature and critique it. “This data is at odds with my clinical experience.” “Solid study design, sample size is bit small.” “While the numbers may not be on target, the conclusion mirrors my own outcomes.”

No one leaves this meeting. An hour and half has passed. Step three is the live surgery. Not just any live surgery. Russell Warren, M.D., from the Hospital for Special Surgery performed a reverse shoulder reconstruction live, in full color with Evan Flatow, M.D., providing color commentary and channeling questions from the audience for Dr. Warren while he was operating. It was not surgery. It was true performance art.

After the debates, after the review of the literature, it was amazing to see a master put many of the debated and discussed concepts into action.

Step Four is teaching what to do when the best laid plans go awry. Dr. Warren’s surgery magically wrapped up by 10:30am when the morning shifted to the session led by Dr. Leesa Galatz dedicated to dealing with difficulties. Step five is a version of stump the experts. Led by Dr. Louis Bigliani, this session threw difficult problems at the experts to see how they’d tackle them. “What would YOU do?”

The capstone of the morning was the closing Tips, Tidbits and Surgical Pearls: How I Do It!. Tricks of the trade.

That was the morning of the first day. Over the next two and half days, Dr. Greenwald’s schoolroom would cover knees and hips employing not only all the steps we just experienced with shoulders but the entire meeting is recorded and memorialized in print, electronics and over the net so it becomes the gift of learning that keeps on giving.

Affecting the Trajectory of Orthopedics

Not surprisingly, Dr. Greenwald’s meetings have shaped the trajectory of orthopedic technology and practice. It was at CCJR that the flaws and challenges of the 2-incision hip approach were first discussed and debated. Five years ago, the squeaking ceramic-on-ceramic hip video was first shown, discussed, debated and dissected. Gender knees sparked one of the most memorable debates at CCJR.

Also not surprising is the fact that top executives from Zimmer, DePuy, Wright, Stryker and Biomet are as rapt students as any surgeon.

A. Seth Greenwald prefers not to talk about himself. To hear him tell it, his educational contributions of meetings, publishing and bio-mechanical research were the result of a number of happy accidents. Here is Dr. Greenwald’s story, as he tells it, of how he made the career shift to orthopedics.

Turn the clock back to the 1967 and a young M.I.T-educated aeronautical engineer from New York and his young wife (expecting their first child) have just arrived in the United Kingdom. Seth Greenwald had been accepted at Oxford University to study the effects of vibration on nuclear power plant cooling towers and, in the process, read for a Doctorate from one of the most prestigious educational institutions in the history of man.

But, waiting for engineer Greenwald was a note from his would be mentor saying, in effect, “sorry old chum, but I’m off on my sabbatical and you’ll have to fend for yourself.” Stranded and abandoned Seth walked into a pub to mull his future with the assistance of a pint of good English ale. This is Oxford, England, of course, and the denizens of pubs are not exactly like those in, say, Oxford, Mississippi.

Pint of British AleJoining Seth that very day, at the specific hour and at that exact pub were two other gentlemen with their own set of problems. Mr. John Goodfellow (orthopedic surgeon) and Dr. Peter Bullough (pathologist) were wallowing in the deep end of a conceptual question: “How does weight bearing across articulating human hip joint surfaces contribute to cartilage degeneration resulting in arthritis?”

A pint of fine ale later and young Mr. Greenwald found himself signing up to work on a doctoral thesis in orthopedic and engineering sciences—the first received at Oxford University in this newly emerging cross discipline.

Consider, however, if Dr. Greenwald had tried a different pub or picked a different hour, he might be the world’s leading educator of nuclear or environmental scientists.

But, and here is Dr. Greenwald’s ‘thing’, he is a passionate, creative and effective educator. He may not have thought of himself in precisely those terms in those Oxford days. But looking back, the common denominator in all of his “happy accidents” is the urge, the imperative to educate.

Dr. Louis Bigliani: “Seth’s course provides its delegate surgeons with the best forum for education. He blends accepted concepts with cutting edge techniques and technologies. He has a novel way of presenting material which makes it interesting. Seth also keeps a lot of the politics out of the meeting. He makes sure we leave our egos at the door.”

This year’s meeting was no exception and in future editions, OTW will review the key aspects of this year’s CCJR meeting in Vegas.