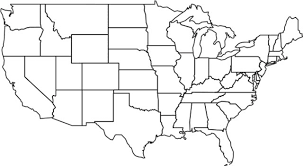 The top 10 medical device states: Everything you need to know (Medical Design and Outsourcing)

California, Minnesota and Massachusetts dominate the U.S. medical device industry. But many other states also play a significant role in medtech.

From industry employment to venture capital investment to notable industry suppliers, read on and discover how the medical device industry’s top states compare.

Despite complaints about the high costs of doing business, California is unrivaled when it comes to the size of its medical device industry — not to mention the range of innovations. From medtech employment to patent numbers to the amount of venture capital investment, California is well ahead of other states. It accounted for nearly a fourth of the U.S. medical device industry’s revenue in 2017, according to IBISWorld.

The Golden State’s medical device industry is actually made up of a number of major hubs running down the length of the state:

The North Bay region outside San Francisco is an important medical device manufacturing hub. Two of Medtronic’s business units — Aortic and Peripheral Disease Management and Coronary and Structural Heart Disease Management — are based in Santa Rosa.

The region is also home to Carbon, a major 3D printing innovator that is forging partnerships with medical device companies including Johnson & Johnson and BD. In Milpitas, upstart Bigfoot Biomedical has a partnership with Abbott as it seeks to create an improved automated insulin delivery system for diabetes treatment. The Fogarty Institute for medical device innovation is based in Mountain View.

Orange County exported more than $4 billion worth of life science exports in 2015 alone — about three-fourths involving medical device and diagnostic equipment shipments, according to trade group Biocom. The medtech industry in the county as of 2016 included 23,673 workers, a headcount larger than most U.S. states’ medical device workforces.

The hundreds of firms in the county include Irvine-based Edwards Lifesciences, a major player in the cardiovascular devices space, and San Clemente-based ICU Medical, provider of IV-based therapies, systems and services. Johnson & Johnson’s vision surgical business, formerly part of Abbott, is based in Santa Ana.

Besides Biocom, local industry boosters include OCTANe and the Device Alliance.

The Alfred E. Mann Foundation for Scientific Research is based nearby in Valencia, and Medtronic’s diabetes business is based in the Northridge section of Los Angeles.

San Diego is home to a number of companies pushing the boundaries when it comes to packaging digital health with medical devices, including Dexcom and its continuous glucose monitoring systems for diabetes management and ResMed and its CPAP equipment for treating sleep-related breathing disorders. Spine technology company NuVasive is also based there.

The medical device industry in San Diego County employed 9,770 people at 211 companies as of 2016, according to Biocom.

Freudenberg Medical (Carpinteria & Baldwin Park) boasts technical capabilities ranging from the design and manufacture of minimally invasive, catheter and handheld technology to the development and production of medical components through advanced materials and processes.

Confluent Technologies (Scottsdale, Ariz.) — which works on everthing from catheter delvery systems to Nitinol guides and frames — has locations in Fremont, Campbell and Laguna Niguel.

Minnesota arguably has the institutions and the talent required to provide the U.S. healthcare industry the innovation it desperately needs. The question is whether potential investors will notice the hub nicknamed “Medical Alley.”

One of the nation’s top health providers, Mayo Clinic, is based in Rochester, Minn. One of the largest health insurers in the U.S., UnitedHealth Group, is based in Minnetonka, Minn., with its Optum subsidiary seeking to combine technology, data, and expertise to improve healthcare delivery. And one of the world’s largest advanced manufacturing and medical device companies, 3M Co., is headquartered in Maplewood, Minn.

The Minnesota medical device hub’s roots go back to the middle of the 20th century, when University of Minnesota surgeons including Dr. C. Walton Lillehei pioneered open-heart surgery. Lillehei happened to meet Earl Bakken, who along with brother-in-law Palmer Hermundslie had started a business out of a garage repairing hospital equipment. Lillehei tasked Bakken with finding a replacement for the large, unreliable pacemakers then in use. Bakken and Hermundslie’s business eventually grew into Fridley, Minn.–based Medtronic — now the world’s largest medical device company.

Manny Villafaña, a Bronx native who came to the Twin Cities decades ago, started out in the 1960s working on international sales for Medtronic. But he then took a risk and founded Cardiac Pacemakers Inc., which is now part of Boston Scientific’s Guidant business. Boston Sci continues to have a large presence in the Twin Cities.

By the mid-1970s, Villafaña wanted to innovate in another area: Bileaflet mechanical heart valves. The resulting company was St. Jude Medical, which Abbott acquired for $25 billion in 2018. (Villafaña, now in his 70s, remains an active entrepreneur.)

Beyond the several well-known medical device companies with large presences in Minnesota — Medtronic, Boston Scientific, Abbott, and Smiths Medical — Minnesota boasts a vast ecosystem of contract manufacturers, device testing outfits, designers, and regulatory and product development consultants to support the industry. It employed 30,466 Minnesotans in 2019, according to the Minnesota Department of Employment & Economic Development.

The University of Minnesota has a Medical Devices Center, and the Medical Alley Association is the top industry booster in the state.

3M (Maplewood) not only sells an array of medical and surgical supplies and drug delivery systems but is also a major supplier of medical adhesives for a variety of devices.

Freudenberg Medical has a product development center in Minnetonka that specializes in medical balloon development and prototyping and catheter-based devices.

Integer, which includes the former Lake Region Medical, has a major presence.

Minnetronix (St. Paul) since 1996 has been a development, manufacturing and technology partner for medical device companies around the world.

Phillips-Medisize — one of the largest medical device contract manufacturers in the world — is based over the St. Croix River in Hudson, Wis.

Protolabs is a rapidly growing digital manufacturer with a variety of fast manufacturing processes that have made medical-related products ranging from fitness trackers to a blood-clot-detecting ultrasound system to ear-cleaning headphones.

Massachusetts may not have the medical device industry employment levels of some states. But it still deserves to be among the top three medtech states because of its large number of major company headquarters and the hundreds of millions of public and private dollars annually spent on innovation.

The Bay State is a medical research powerhouse. Its top research hospitals are among the best in the nation: Mass General, Brigham & Women’s, Harvard Medical School, Beth Israel Deaconess Medical Center, Boston Children’s, the University of Massachusetts Medical School, and Dana Farber. In 2018 alone, these seven institutions secured thousands of NIH awards totaling $2.89 billion — up from $2.7 billion a year before, according to a Grant Thornton report prepared for trade group MassMEDIC.

Add in $499 million in medical device venture capital and headquarters of companies including Boston Scientific, Hologic, Bruker, Haemonetics, Abiomed, Insulet and NxStage Medical, and it’s little wonder that Grant Thornton found that Massachusetts leads on PMAs and 510(k) clearances when the numbers are adjusted for the size of state GDP.

Nearly a quarter of Massachusetts’ exports involve medical devices, a larger portion than any other state, according to Grant Thornton.

Software company PTC is in Boston.

Resonetics — a laser micro manufacturer —  has a facility in Nashua, N.H.

Testing outfit Toxikon is in Bedford.

Viant (previously MedPlast and Integer Advanced Surgical & Orthopedics) announced in 2018 that it was moving its headquarters to Foxborough.

Design outfit Ximedica is based nearby in Providence, R.I.

Florida is among the top states when it comes to the number of FDA-registered medical device manufacturing facilities, according to the public-private partnership Enterprise Florida. The majority of companies are located along the Interstate 4 corridor in Central Florida, in the Jacksonville area and in South Florida.

Medtronic Surgical Technologies is based in Jacksonville, and RTI Surgical is headquartered in Alachua.

MicroLumen (Oldsmar) is an international manufacturer of polyimide medical and surgical tubing.

Zeus, a major innovator in the medical tubing space, is headquartered to the north in Orangeburg, S.C.

Warsaw, Ind. is nicknamed the “Orthopedic Capital of the World.” The orthopedic medical device manufacturing industry in Warsaw has roots going back to 1895, when Revra DePuy started the DePuy Manufacturing Co. to make fiber splints. The business today is Johnson & Johnson’s DePuy Synthes Co., which employs 18,000 people across 60 countries and generates $10 billion in annual sales. DePuy Synthes is still a presence in Warsaw; its joint reconstruction business is based there.

During the 20th century, DePuy competitors Zimmer and Biomet started in Warsaw. The two in 2015 merged into Zimmer Biomet, a $7.8 billion-a-year company.

In addition to the ortho industry giants, the industry in Warsaw supports a host of suppliers. Wilmington, Mass.–based contract manufacturer Tecomet, for example, has a location in the city to serve the orthopedic device industry.

Bloomington is the home of the privately held Cook Group, a maker of minimally invasive medical devices.

Pennsylvania benefits from its proximity to major companies headquartered in New Jersey and New York. Take New Brunswick, N.J.–based Johnson & Johnson as an example. Its DePuy Synthes business has a number of operations based in West Chester, and the University of Pennsylvania in Philadelphia was the first location for Johnson & Johnson Innovation’s JPOD business incubators.

Teleflex is based in Wayne, Dentsply Sirona is run out of York, and B. Braun Melsungen’s B. Braun Medical business is headquartered in Bethlehem. TE Connectivity’s U.S. headquarters are in Berwyn.

B. Braun’s OEM Division is an outsourcing partner for medical device and pharmaceutical companies.

Fluortek (Easton) specializes in the creation of extrusions engineered to custom requirements and unique applications.

A host of medical device OEMs have facilities in the state.

AirBorn (Georgetown) has provided connectors to defense, space and medical OEMs for 60 years.

Integer, the largest medical device contract manufacturer in the world, is headquartered in Plano.

Millar, which provides medical device companies with sensors based on Micro-Electrical Mechanical Systems (MEMS), is based in Houston.

Seisa Medical (El Paso) boasts that it can service every stage of the product life cycle including design and development, component manufacturing and final assembly.

New York state officials have lofty goals to give Massachusetts a run for its money as a life sciences innovation hub. Four years ago, Gov. Andrew Cuomo announced a $650 million initiative to create a new, world-class life science research cluster in the state.

Brooklyn-based Lee Spring stocks millions of springs and can custom-make springs for the medtech industry.

Medidata (New York) — acquired in 2019 by Dassault Systèmes — creates and sells software as a service for clinical trials.

New Brunswick-based Johnson & Johnson has one of the largest medical device businesses in the world. Other major medical device companies including BD, Nipro, ConvaTec and Integra Lifesciences call the Garden State home.

Custom pump manufacturer KNF Neuberger is based in Trenton.

Chicago-based MW Industries has its Servometer business in Cedar Grove.

Specialty chemical maker Evonik has a plant in Piscataway and its North American headquarters in Parsippany.

Some of the medical device industry’s largest companies — including GE Healthcare, Abbott, Baxter, and Hill-Rom — are based in or around Chicago.