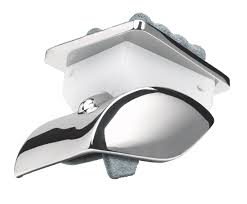 Stryker (NYSE:SYK) recently issued a safety notice involving its Star total ankle replacement in which it warned of higher than expected risk of polyethylene fracture.

Stryker included a reply form in the communication that it required hospitals and surgeons to return to acknowledge that they are aware of the problem, which can result in significant pain, inflammatory response, soft tissue injury and blistering, and more for people with damaged ankle replacements.

Stryker spokespeople could not be immediately reached for additional comment.