An inside look at a successful orthopedic startup 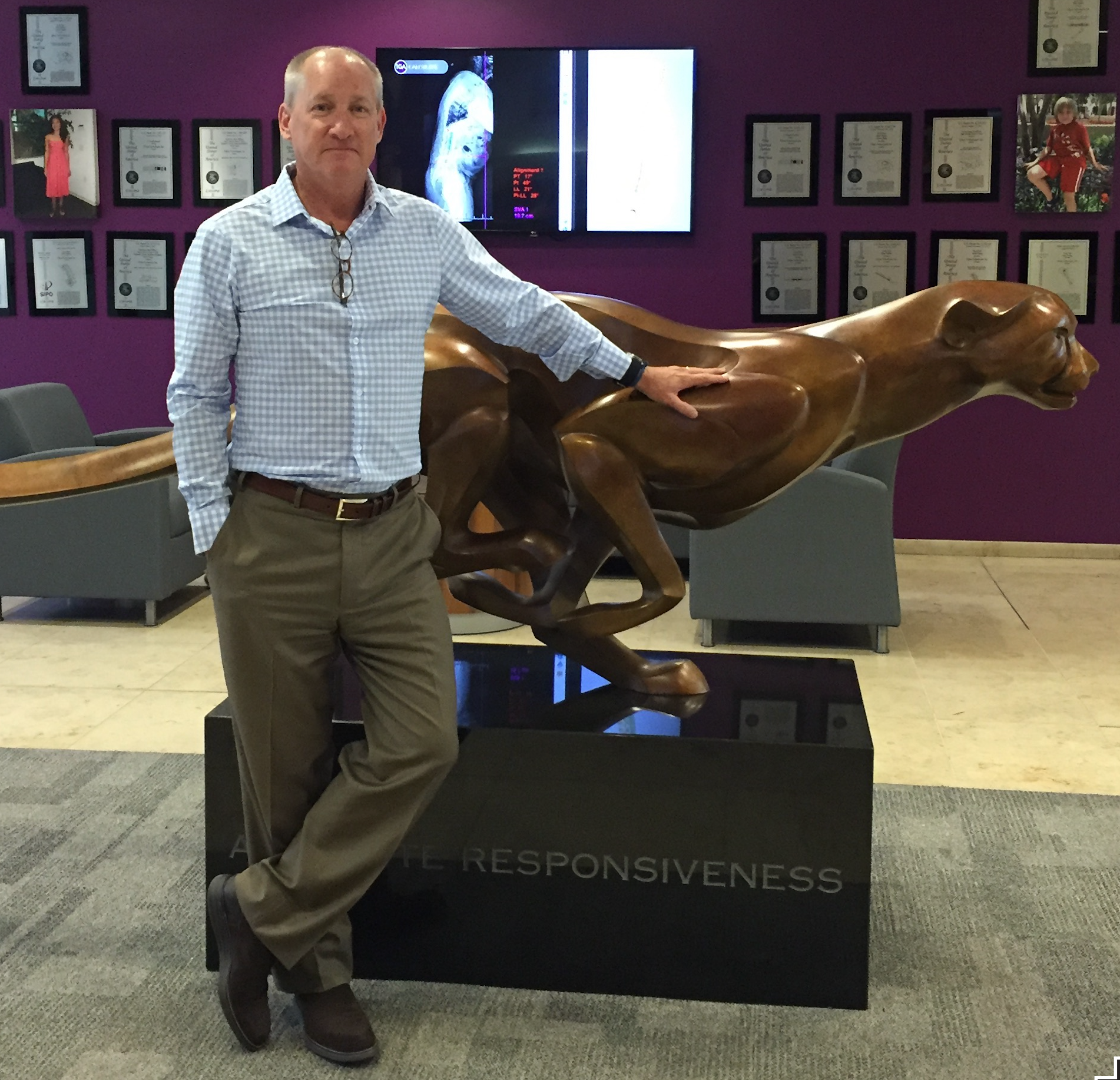 By now you have heard of the acquisition of Ellipse Technologies by NuVasive for 10 X sales. This was a big one for our industry and a good benchmark for all growing startups. People have asked me to write about the Ellipse success.  So let me try to give you a first-hand glimpse inside the Ellipse culture.

How did Ellipse do that?

I was there. In 2012, I joined the Ellipse team to lead R&D as employee #18.  In my mind, Ellipse was a startup with great potential because it ticked all the key boxes – excellent management team, good financing runway, game-changing products with high margins, Class II pathways and a great “can-do” culture.  Basically, it was set up for success in 2012, but there were still many many challenges in front of us to execute..  The next four years the company executed remarkably to solve problems, move forward and create value very quickly by doubling the business each year.

#1 DON’T BE AFRAID OF THE PIVOT

Most people do not know that the Ellipse success was the result of a brilliant pivot by Mike Henson. Mike Henson (MedFocus) was the Ellipse Chairman of the Board.  Mike has funded over 20 med device startups and has nuanced successful exits for most. Many of Mike’s startups included a pivot move somewhere in their timeline. I consider Mike the “Lebron James” of pivoting in med device startups.

A little background.  Ellipse Technologies was founded as a spin-off of MiCardia. MiCardia was developing shape memory Nitinol technology for non-invasively and minimally-invasively adjusting annuloplasty rings in the heart.  In 2005, the goal for Ellipse Technologies was to develop shape memory implants to allow the non-invasive adjustment of both endoscopically implanted and laparoscopic/surgically implanted devices for the treatment of GERD and for gastric restriction for obesity control.  From 2005-2007, four Ellipse employees developed this technology.

Ellipse chose a “game-changing” clinical problem and took a moon shot at solving it.  Ellipse DID NOT choose to make an implant with a slightly different coating or feature or color as many startups are guilty of these days.  Ellipse chose to solve orthopedic and spine problems that could make a remarkable improvement in the quality of life of patients.  Nobody had tried to do this before with remote control magnet technology.  They took a moon shot.

The lesson here is that startups can build value quicker with game changing plays than with an incremental approach.  Find an unsolved clinical problem then take a bold new approach to solving that problem.

Ed Roschak (CEO) created a culture of laser-like focus on key milestones that drove valuation. The focus was technology first, everything else later. Get the product right before investing in the other areas. Don’t worry about regulatory, IP, Quality, sales and distribution, marketing, surgeon training, reimbursement, etc.  Just focus on getting the Gen 1 product working ASAP.

As Paul Graham, from Y Combinator, says “Though the immediate cause of death in a startup tends to be running out of money, the underlying cause is usually lack of focus.”

Ellipse simply outran its competition. Every time the competition checked in on Ellipse, we had extended the lead.  It’s hard to exaggerate how fast we moved at Ellipse.  There was speed in decisions, product design, product testing, implementing systems, regulatory approvals, hiring, project shifting, regulatory filings, clinical studies, org changes, office moves, etc.  Ellipse did more work in a month than most other companies in three months. I remember that surgeons and Board members were always amazed at the speed of innovation at Ellipse, even though we felt as if we were slow based on internal expectations.

For me the most impressive area at Ellipse was the speed of decisions.  The Ellipse management team made big decisions daily and usually with only 80% of the available information.  It’s funny how you can usually make better decisions with less data and analysis.

An often overlooked advantage to speed is that it helps to manage cash.  If a new product can be launched 3 months earlier then the resulting sales come in without the additional burden of 3 months of payroll expenses.

Create a culture of rapid iterations and use speed as an offensive tactic.

John McIntyre (Regulatory head) was a miracle worker in winning clearances. John’s team outran the rest of the company. He often received clearances or new indications before the company was ready to commercialize the product. In 2014, he shocked the spine industry when he obtained MAGEC approval in the US with a 510(k) clearance.  And surprisingly, John did not interfere with the product development process. He always said to make the best product first, then we will figure out how to get it cleared.

Ed Roschak (CEO) created incentives that drove enterprise value.  100% of the employees received stock options. And perhaps an even more effective short-term incentive was that 100% of the employees were paid annual cash bonuses for hitting key company milestones –  eg:  a regulatory clearance, a first-in-man surgery, a completion of a key product design, completion of a clinical trial enrollment, hitting a new sales goal, etc.   We had about 12 of these company milestones to shoot for each year. They key milestones were designed to move the company’s valuation needle. Many were crazy stretch goals, some were sane goals, but in the end the company usually reached 80-90% of the goals.  It worked. Whatever goals were written on that sheet of paper, you knew that the employees would move heaven and earth to accomplish them.  Everything else took a back seat.

Ellipse’s philosophy was to go get the clinical experience as soon as the implant system was safe, but well before the implant system is ready for commercial launch. Ellipse did its First-in-Man surgeries with early adopter surgeons in far away places.  While the new product clinical outcomes were good, there was still room for improvement. We had a chance to work the bugs out before going to the US or EU. These early clinical evaluations were worth gold.

Go find the surgeon evangelists in the world who want to be first and get the clinical experience early, even if the surgeon is not in your target market.

Go where your loyal target customers are even if its not your favorite market.

Ellipse stayed flat as long as possible with just two layers – VPs and professionals. And the VPs were really just hands-on working department managers. Ellipse also did a great job of hiring late. They only added people when the need became painful.

The daily work was very challenging, so Ellipse preferred to test new hires in key positions with a trial period.  Most management was brought into the company under a short-term consulting contract (I  started with the 3-month consulting contract). At the end of the consulting period, if it was a mutual “Yes”, then the consultant became an employee.

Ellipse also did a great job of deliberately hiring outside the usual Orthopedics and Spine companies.  The hiring philosophy of reaching outside the industry brought in people with some fresh ways of thinking that proved to be very special.  How many career orthopedic engineers that you know would have the ability or guts to design a 45 piece IM nail with an internal micro-motor driven by a spinning magnet?

Looking back on my experience in R&D, it was difficult to get “A Players” to move to SoCal before anyone knew who Ellipse was. So I hired locally. In 2012, Ellipse was unknown, unproven, and high-risk, but at least the new hires got a meaningful amount of stock options.  Later in 2014 and 2015, everyone wanted to come to Ellipse (low-risk) but these late-comers received a much lower amount of stock options.

Hire late, stay flat, look outside your industry for fresh thinking, and use trial periods for key positions.

Ellipse was well aligned.  The investors, the Board, and the executive management team had the same goals for the company. They all had the same exit strategy on day one.  It’s much easier to reach a successful exit when all of the stakeholders are rowing the same direction.  I have seen mis-aligned startups with internal conflict that sabotaged an otherwise successful outcome.

Make sure that the stakeholders are in the same boat, rowing the same direction.

Let me know if I can help you with your startup.
tiger@TigerRecruiting.com