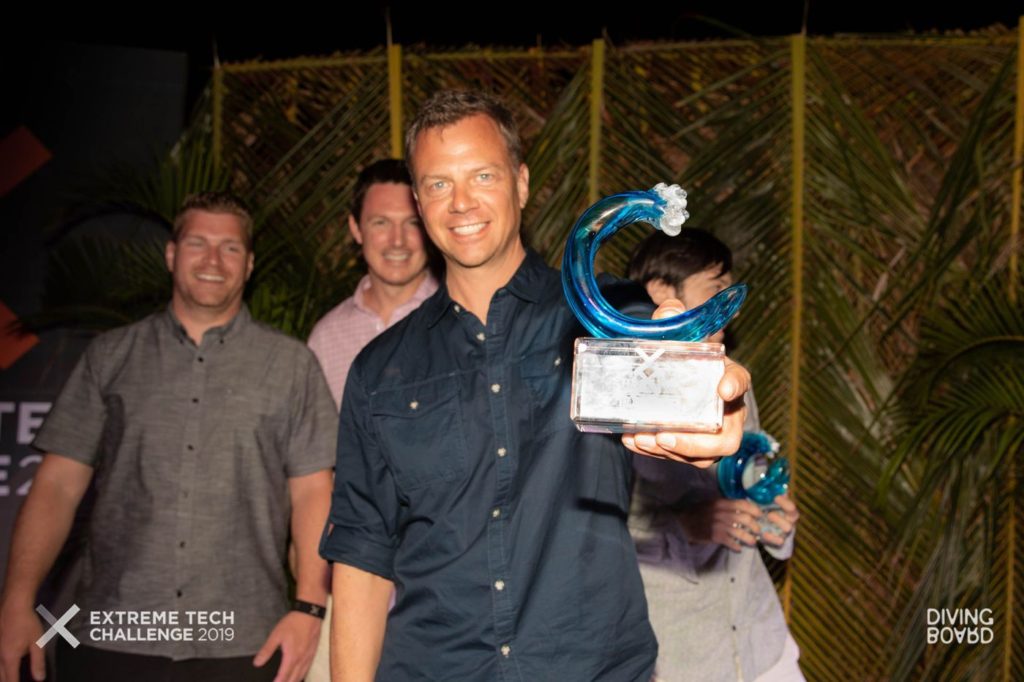 It’s not something you’re likely to see often: a founder of a start-up not yet profitable, in fact only just beginning to generate revenue, sunning and funning around Sir Richard Branson’s private tropical paradise in the British Virgin Islands.

But that’s where Drew Lakatos, of Fort Washington-based Tango, was for a week in April, sailing on a catamaran, getting up close and personal with lemurs, and zip-lining to see flamingos.

The motivation for his time on Necker Island, however, was serious business — a worldwide competition for start-ups that the Montgomery County company out to prevent hip fractures in the elderly actually won.

“It’s incredible to be recognized on a global level for something that was really generated in my basement five years ago,” said Lakatos, 48, who lives in Allentown.

That something is a high-tech inflatable belt equipped with WiFi and Bluetooth to relay fall alerts by text or email to caregivers. It contains motion-sensing technology to assess when a serious hip-imperiling fall is imminent so that the air bag is deployed in time.

The same week Lakatos was vying for top honors at Extreme Tech Challenge, a competition by a nonprofit devoted to promoting education and science, the team back home was launching the commercial version of the Tango belt. Because it is being marketed as a safety/protection device, it required no FDA approval. 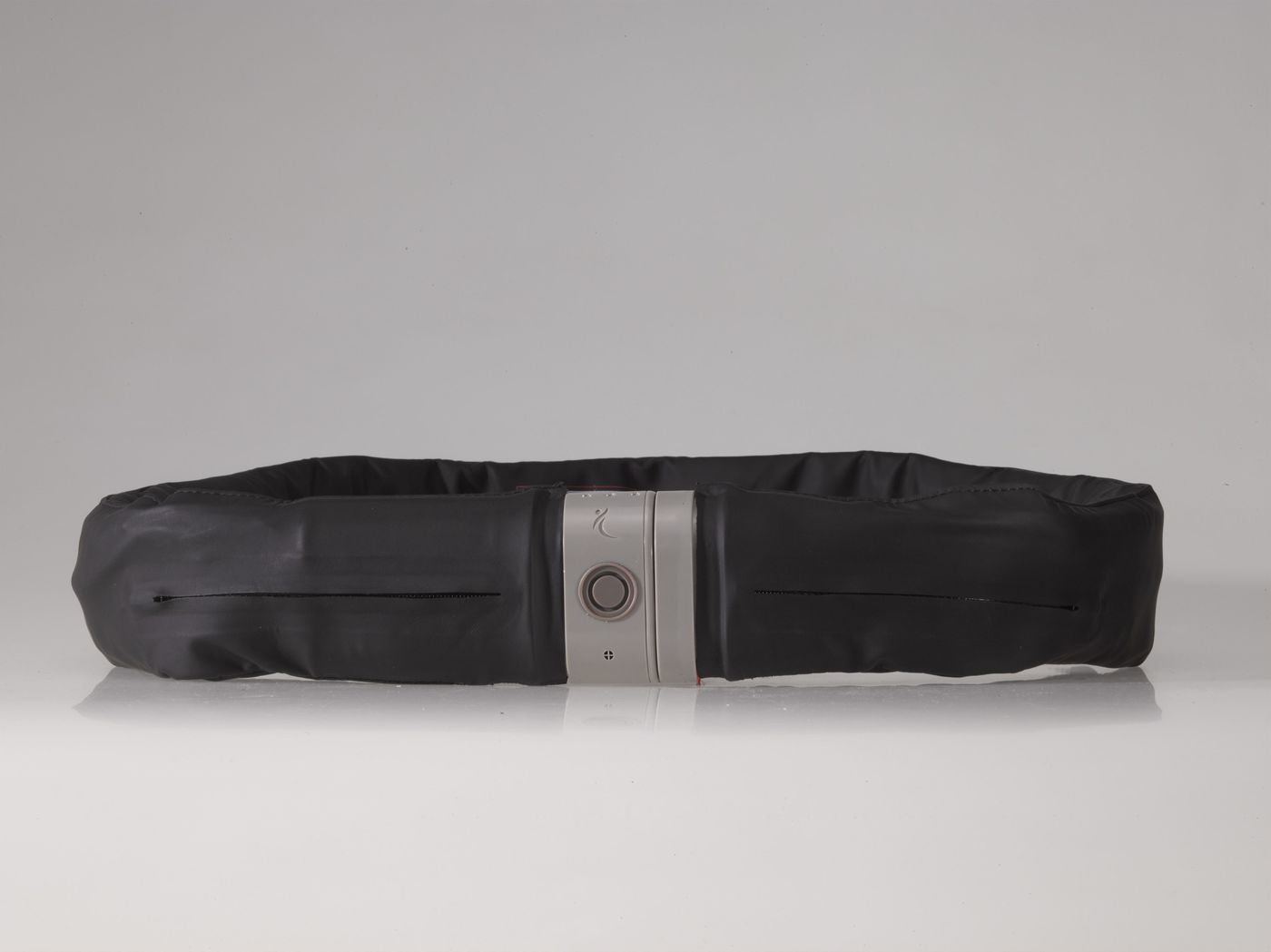 Within weeks, the belt, which sells for $1,000 and is available for lease — and currently under evaluation by two large insurers in anticipation of eventual reimbursement — had its first “save.” That was an 87-year-old woman who got out of bed in the middle of the night in a skilled nursing facility and fell on the way to the bathroom.

“She fell in what we call the classic hip-fracture fall … the body coming down on your hip like an anvil,” said Wamis Singhatat, Tango’s chief technology officer and vice president of product development. “The belt detected the fall [and inflated]. She really, truly got up unscathed.”

Having such product affirmation within a month of its commercial release was even better than winning the Extreme Tech Challenge, “all due respect to Sir Richard Branson,” Singhatat said.

About 300,000 people a year in the United States are rehabbing from hip fractures, an additional 1.2 million from hip and knee replacement, Lakatos said. He considers Tango’s U.S. market opportunity $7 billion when also taking into account people at high risk of falling because of medications they’re taking or medical episodes they experience, as well as those diagnosed with gait disability.

Its main competitors are overseas: Hip-Hope Technologies of Israel, Helite of France, and Wolk Co. of the Netherlands. Lakatos said Tango has “substantive issued patents that protect the U.S. market for us,” including applicability beyond hip protection, and “strong” patent filings outside the country.

The Inquirer reported in March 2018 that Lakatos, a serial entrepreneur, got inspired to help prevent hip fractures in 2006 when his wife, a trauma physician assistant, had to leave a Christmas party at St. Mary Medical Center in Langhorne to treat an 80-year-old woman who had fallen down stairs at home, hit her head, and broke her hip. The patient did not survive, and Lakatos learned at that party from trauma surgeon Robert Buckman that many of his cases were elderly people dying from falls. 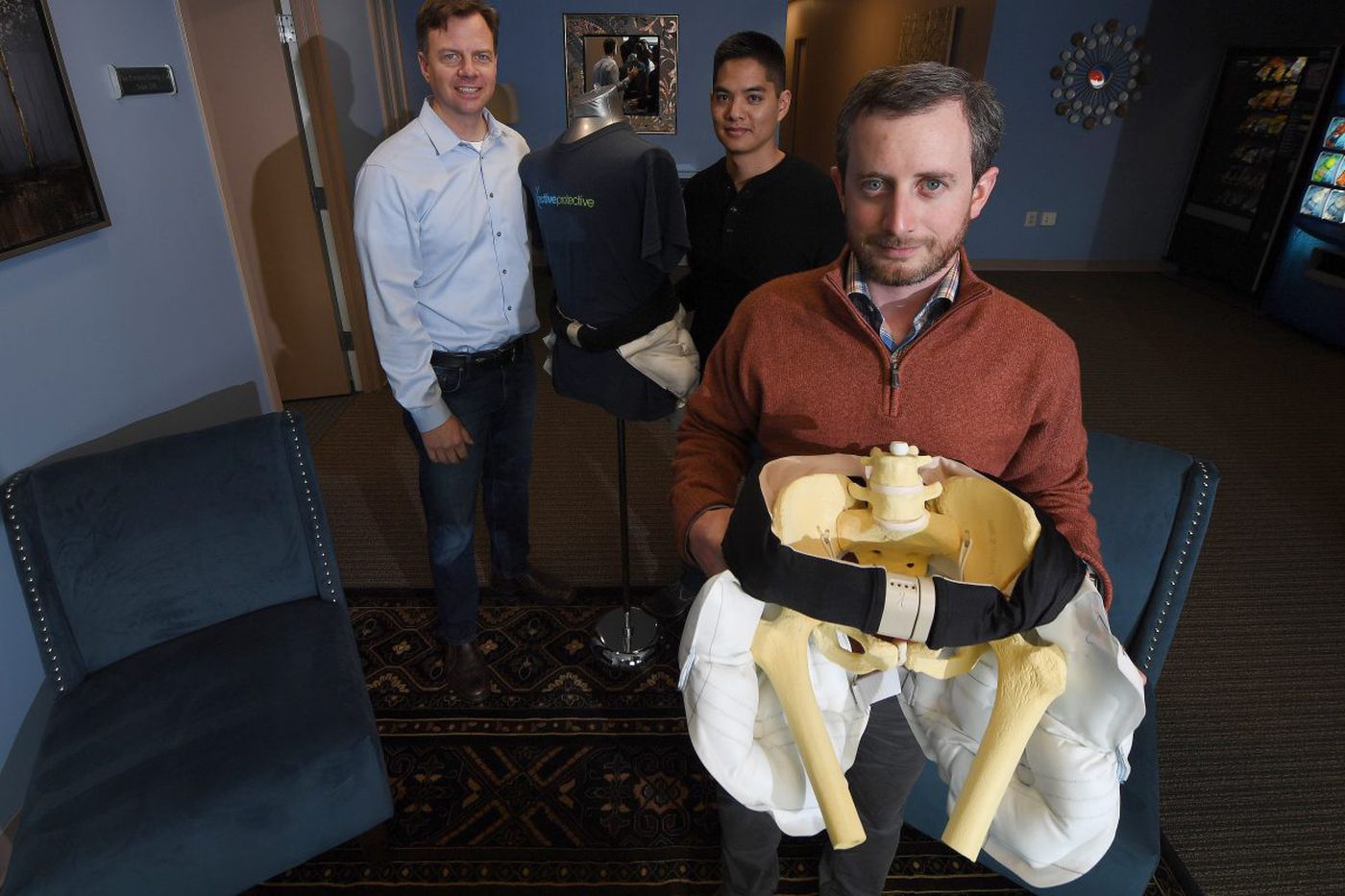 Six years later, Lakatos and Buckman, the inventor of Tango’s smart-belt technology, cofounded the company, then called ActiveProtective Technologies Inc. — “an engineer’s term … because we are a group of nerdy engineers,” Singhatat said. 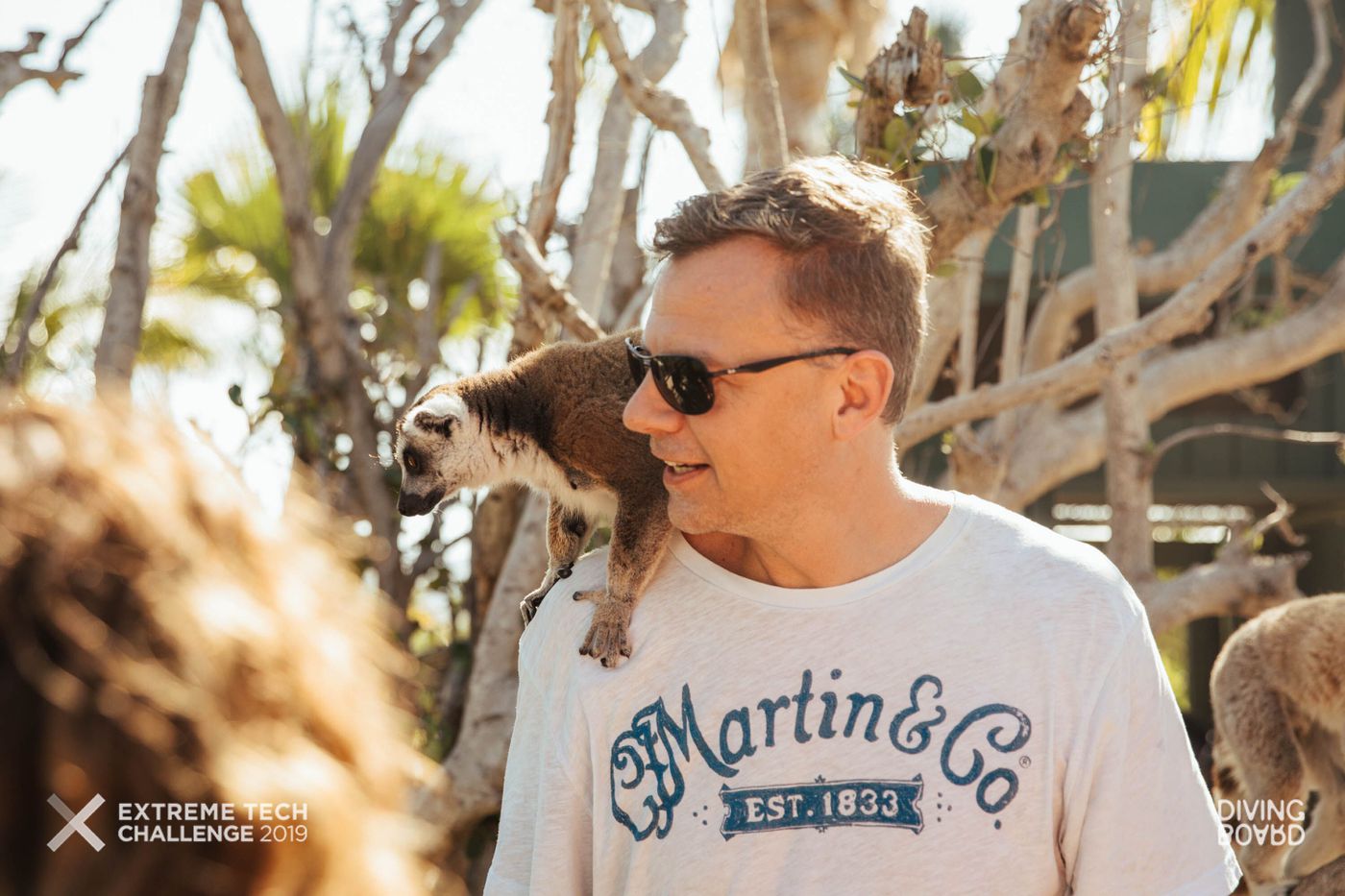 Last fall, Tango had been among 1,000 companies to enter the contest, which recognizes products making a social impact. The group was ultimately whittled down to 10 companies that pitched to a panel of judges at the Consumer Electronics Show in Las Vegas in January. Three were invited to compete on Necker Island in April. Along with Tango, they were Elevian, a Harvard spin-out developing new medicines to combat age-related diseases, and LynQ, developers of long-range tracking devices.

The finalists spent a few days networking with corporate executives and investors who later judged their 10-minute pitches, including Jason Illian, managing director at Koch Disruptive Technologies, and Shaun Cooley, a vice president and chief technology officer at Cisco. In addition to market size and profitability, the judges considered the potential of each company “for affecting the human population,” Cooley said.ADVERTISEMENT

Tango’s impact ″may likely affect life expectancy” by preventing hip fractures, which are often life-threatening in the elderly, Lakatos said in a recent interview. The data collected from the belts also offer “enormous” potential, including monitoring the efficacy of rehabilitation processes, which also could affect reimbursement for care facilities, said Jones, who joined Tango a year ago after 35 years in health care, some of that time running multiple billion-dollar companies involved in senior care.

With no U.S.-based competition and a “robust” patent portfolio, “this has the potential to be a billion-dollar company,” Jones said.

Having raised more than $10 million in its early years for research and development, Tango plans to seek an additional $10 million to $20 million within the year to help build the company to the size needed to meet expected demand, he said.

While the victory on Necker Island did not come with any prize money — just a solid glass trophy resembling a cresting wave — Jones suggested the competition had other value to Tango.

“It builds confidence in our product,” he said.

Added Singhatat: “We are still in active conversations with the folks involved with the contest regarding investment. That’s all I can share at this point.”